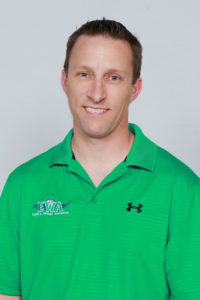 Bret is the founder and owner of Eagle's Wings Athletics and has been working with EWA since it's opening in 2003.

Bret has an extensive Spider Man collection and welcomes any new additions to his collection at any time!

He moved to coaching trampoline and tumbling in 2003 with the opening of EWA. 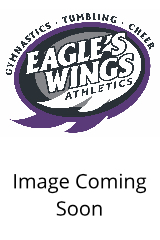 Torrey started working for EWA Anna in January of 2017.  Torrey is tasked with class registration, tuition and additional activity sign-ups.  He also works with communicating with parents and coaches to make sure kids get the sign-up for the right class.

Torrey enjoys comics and super hero movies, when he is not out serving others.

Jenny started coaching at EWA in May of 2018.  Jenny currently works at both locations teaching preschool, girls and tumbling classes.  Jenny started her career in 1989 at University of Gymnastics in Plano.  She was also a competitive gymnasts for many years including college.

Malori started her career at EWA Anna in May of 2018, where she worked with summer camps while training on classes.  Malori is a varsity cheerleader for Melissa HS. 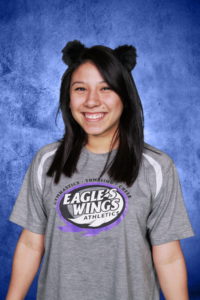 Bailey is currently living in Richardson, Texas.  She enjoys spending her free time with her good friends and families.  Ever since she was 7 years old, she found her love for cheerleading.  She joined the competitive cheer at Eagle’s Wings when she was 10 years old.  She loves coming to EWA , because it became her second home.  Now she is enjoying working with the preschool, tumbling, and cheer students at EWA.

Deja started at EWA Anna in January of 2019 as an instructor.  She currently teaches classes for preschool, classes and tumbling.  Deja graduated Anna High School in 2019 where she was a varsity cheerleader.

Daisy as been working with EWA Anna since January 2019 as a recreational coach.  She currently studying to be an Attorney.